Berry College, located Northwest of Atlanta in the town of Rome has a small siren system that is comprised of American Signal Corporation I-Force 1600 sirens.

The old system: Berry College used to have a single siren, located in the cupola of Herman Hall. The siren has been described as "sounding mechanical, however it was never tested, nor could it be seen from the outside.

The updated system The updated system consists of four ASC I-Force 1600 sirens, which were chosen because of their voice capability. The campus brought out an ASC demo unit in order to test the different models during the spring of 2014. These sirens were installed over the summer of 2015, at the locations where the demo unit was tested. There are four sirens on the campus, three on the main campus and one on the mountain campus. Exact locations can be found on this map. The sirens are tested once a month, on the first Friday at noon in HI-LO with voice. 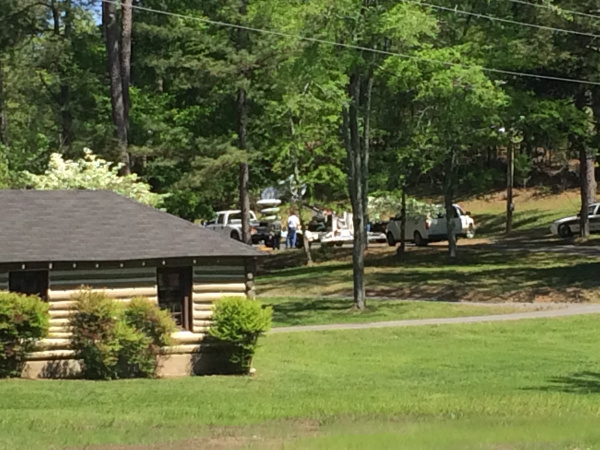 The demo unit in 2014, with the T-128 in view
Retrieved from "https://wiki.airraidsirens.net/index.php?title=Berry_College_System&oldid=1805"
Categories: