The RSH-10, also known as the Thunderbeam, was a rotating electromechanical siren produced by Federal Signal Corporation. RSH stands for Rotating Single-Tone High. Its unusual design consists of a hornless STH-10 mounted at the top with a slanted disc in a cage below. The housing directs sound downward from the rotor and stator, onto the disc. The disc is rotated using a gear reduction off of the rotor shaft, directing the sound in different directions. 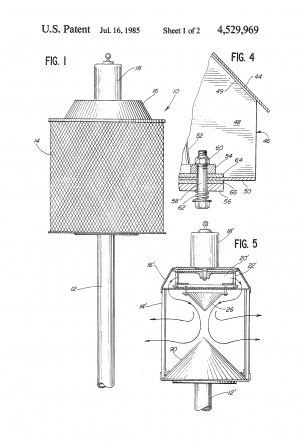 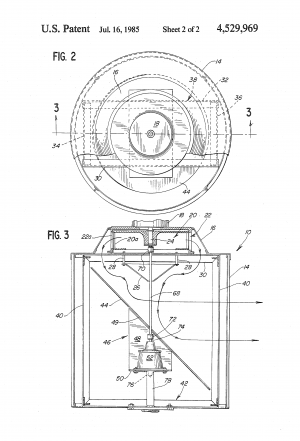 Other part of the patent. The full version includes a description as well of the siren.
Retrieved from "https://wiki.airraidsirens.net/index.php?title=RSH-10&oldid=2920"
Categories: